Glossodia Football Club is a member of Nepean Football Association. With adjusted rules and field sizes for different age groups, it is important to make sure we are enforcing appropriate rules for each of our age groups.

As the rules are adjusted by Nepean Football Association each year, we encourage people to review the rules at http://www.nepeanfootball.com.au/index.php/library/rules-and-by-laws. If you have any questions or concerns, please feel free to contact our Club Coach on glossodiafc@hotmail.com.

A steering committee was formed to start what was to be known as Glossodia Gladiators Soccer Club  on the 26th of July 1983. 20 interested community members attended this meeting in the school staff room. A committee was formed and they got to work quick smart, preparing for the affiliation and start of the club for 1984 season, future meetings were held at the community centre and various committee members homes. The club’s first President was Mr. Desmond Wilson. First orders of business included the club having a postal address, choosing club colours and creating a constitution for incorporation then eventually opening a bank account.

That first year of preparing to start the club consisted of a lot of information gathering, meetings and fundraising, a lot of fundraising. One of their first fundraisers was a stall at the Glossodia Country fair, the stall fee of $4 was donated by the president. Future  fundraising included car washes, lamington drives, raffle of donated goods including a whole lamb, Caltex vouchers (for $20), meat trays from Agnews butcher, a lawn mower, socket sets and cake stalls.
In August 1993 they decided the club colour’s would be green and orange. The uniform consisting of green shorts, and orange shirt with green trim and green numbers and orange socks with a green band. In October they changed their mind on the colours. The new uniform was to be a grey shirt with green sleeves, green v neckband and green numbers, green shorts and grey socks with green tops.

By November it looked like they may not get off the ground in 1984 due to grounds usage issues with council. However, it happened, grounds were still to be decided for permanent usage, but regardless, Glossodia Gladiators was born. In 1984 the committee also take over the management of the Glossodia Country Fair. By June 1984 there was a change of president to Mr. Owen Jenkins.

The club also organised a lot of social nights such as games nights, going to the major oak, dinner, dances and attended alot of charity functions, they even organised talent nights for the children including colouring in competitions.

As the grounds only amenities was a toilet block, the club purchased a caravan for $210 in September 1984 to run their canteen out of, they used it for functions like food stalls at the local fairs and they also rented the caravan canteen facilities to other local clubs. They had that caravan right up until 1987 when they sold it to our local 2VTR radio station for $120 as council had built an addition to the amenities block, the canteen and a storeroom. The storeroom was shared eventually with Glossodia Cricket Club, Glossodia Little Athletics Club and Glossodia Softball Club. It would be another 20 years before we saw the rest of the extensions to the club house and exclusive use of a storeroom.

In October 1986 the club colours changed again, to the colours we see today, however the uniform was a gold shirt with green trim, green shorts and gold socks with a green turn down. As you can imagine we could go on, especially with 35 years worth of history. The club has retained minutes from nearly all meetings, and year books from year 1. So if you are a history buff or just interested, just as to have a peek. Here’s to another 35 years.

In 2007 the club house had its final extension. This is what was written in the year book back in 2007…

The new club house extension to the existing canteen area was officially opened on the 18th of August 2007. Apart from the Soccer Club committee and members of the Glossodia Soccer Club family, also present was the Mayor, Mr Rex Stubbs, members of the Hawkesbury sports council, members of the NDSFA and committee members of Glossodia Cricket Club. During the night I got talking with the sports council president, Dave Bertenshaw, and the treasurer, Carl Eilbeck, and they were all suitably impressed with the outcome of the building and the night was a s success all round. A plaque commemorating the opening and thanking the people and businesses who helped make the club house what it is today was also unveiled. Although there are still a couple of minor jobs to be done to totally finish it off, it’s fantastic to see what can happen when people are prepared to chip in together to arrive at a common goal. It is a terrific asset to both soccer and cricket clubs and I am sure both will make very good use of it during their respective seasons. 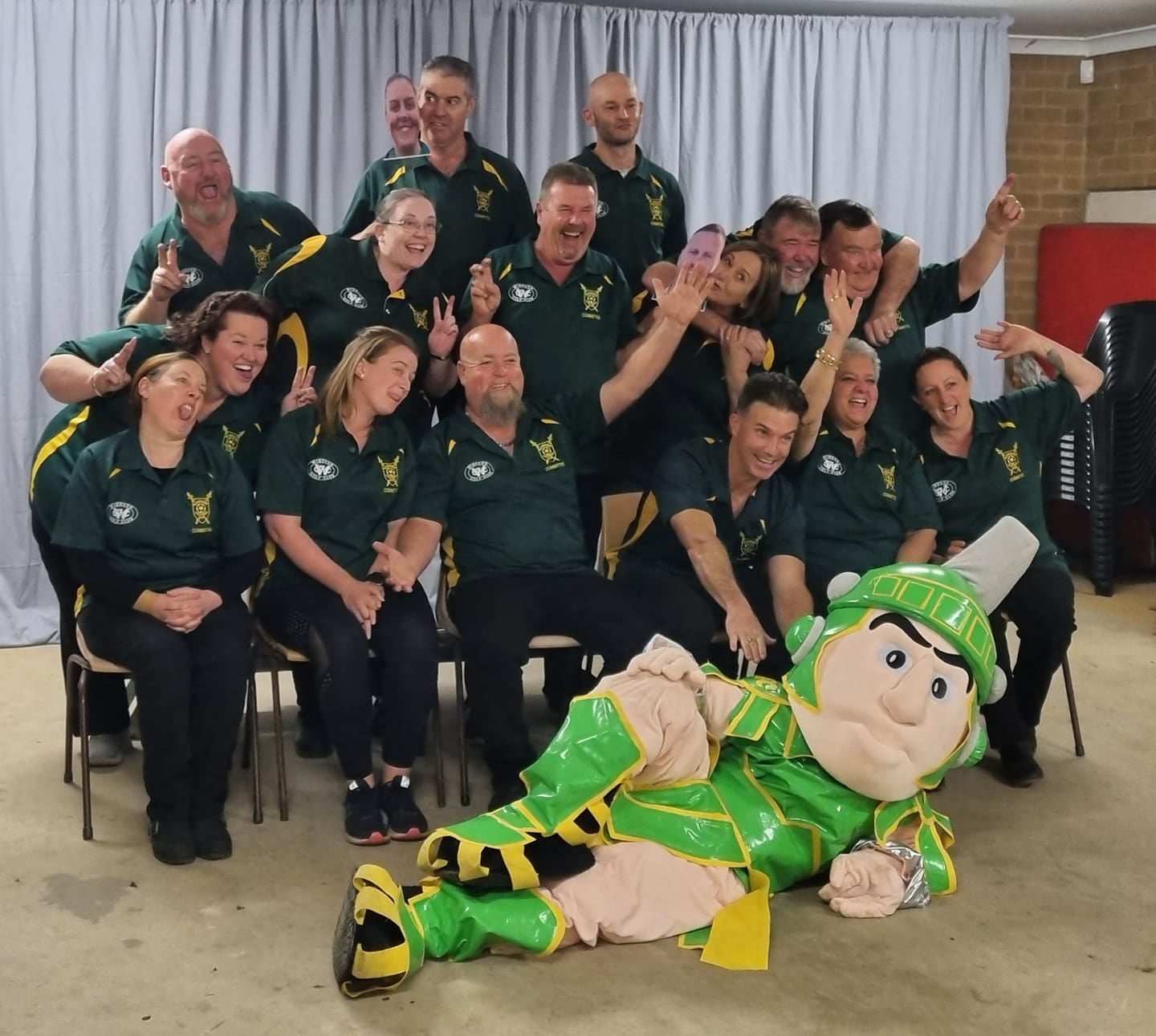